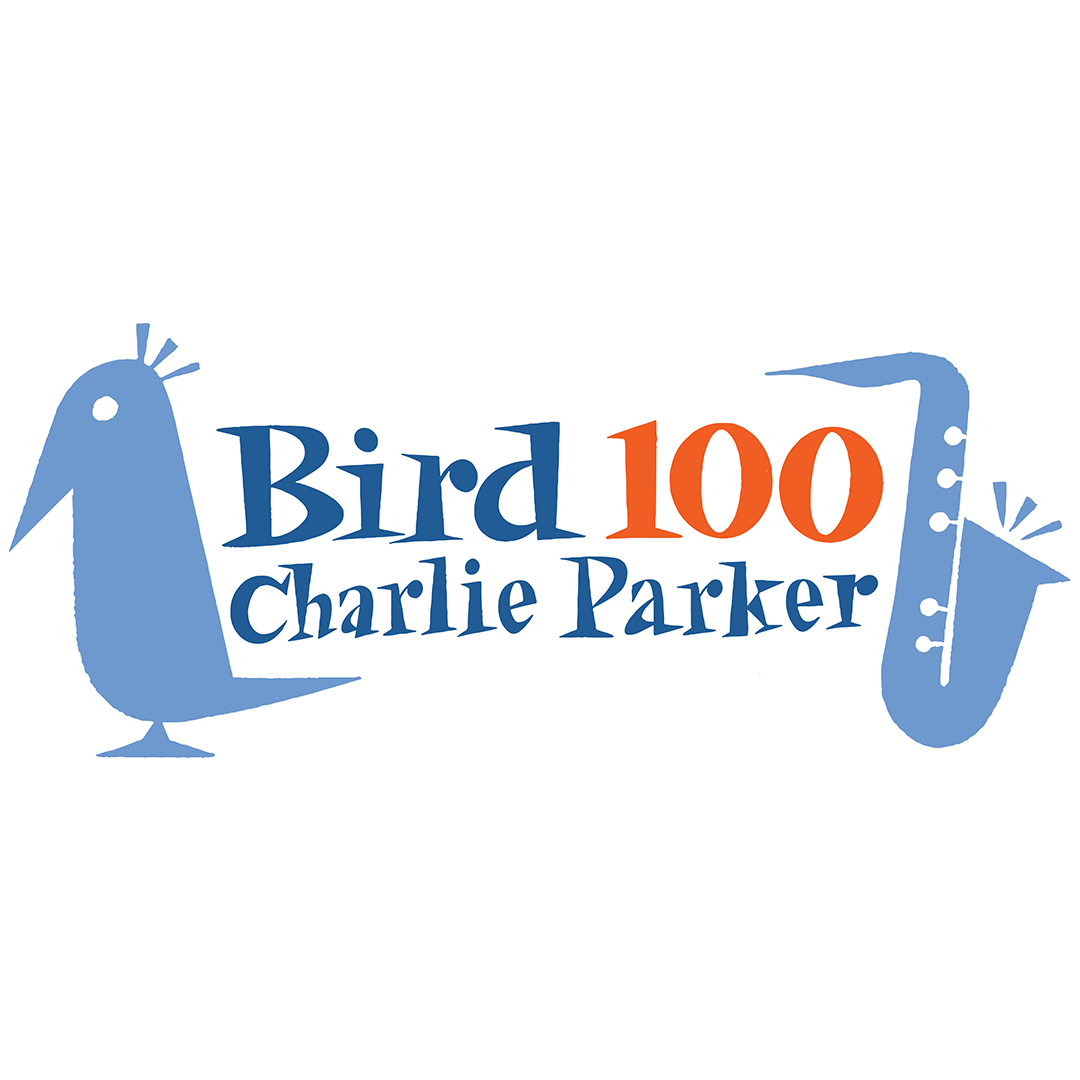 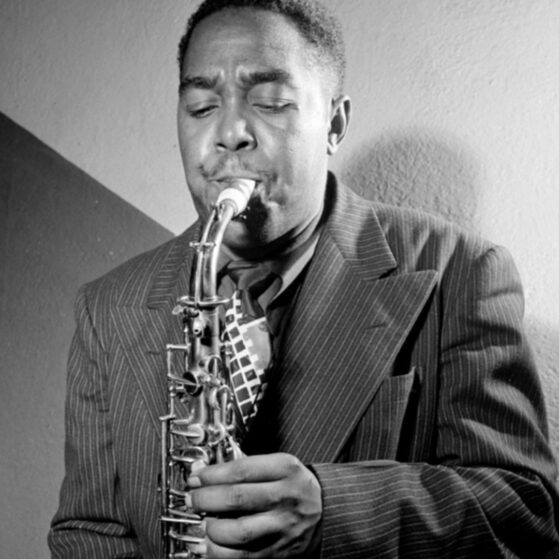 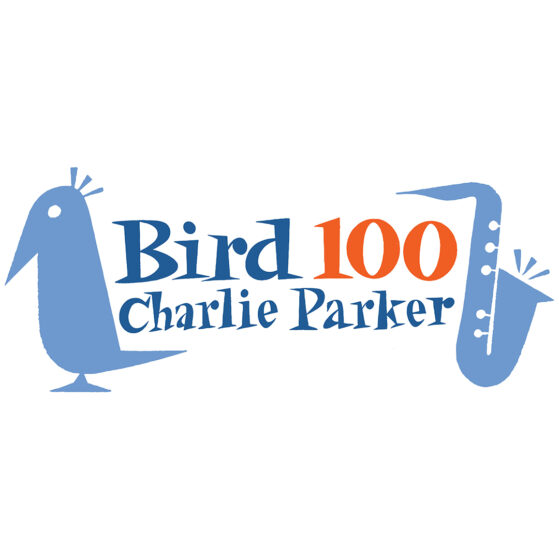 One of the Most Pioneering and Influential Artists in Jazz and Modern Music is Honored with New Releases, Vinyl Reissues, First-Ever Excursions Into Graphic Novels and Animated Videos and a Variety of Virtual Events

Los Angeles – August 6, 2020 – On the 100th anniversary of Charlie Parker’s birth – August 29, 2020 – it is impossible to imagine the evolution of jazz and modern music in general without the indelible influence of one of the most important Black American figures in history. Parker’s incomparable life and extraordinary, trailblazing career is being celebrated all year with a centennial celebration lovingly dubbed Bird 100, after the nickname of the preeminent alto saxophonist who was one of the fathers of bebop and progenitors of modern jazz. Leading up to Bird’s 100th birthday and throughout the year, the celebration will encompass a series of releases spanning a variety of media and perspectives in order to explore the full span of his inestimable legacy. In addition to enlightening new releases of Parker’s music and stunning vinyl reissues, it will also feature the first-ever graphic novel chronicling Parker’s life, a new animated video for one of his most beloved classics, a collection of scores for his immortal compositions, gorgeous canvas artwork culled from Parker’s visually striking album covers, and virtual events.

“The centennial of Charlie Parker is a once-in-a-lifetime opportunity to celebrate his life, legacy and art form with the world. We are thrilled to honor Bird’s transformative musical impact on past, present and future generations,” said Jeff Jampol, CEO of JAM, Inc., the manager of the Estate of Charlie Parker.

This fall, Parker’s longtime label Verve Records, in conjunction with UMe, the global catalog company of Universal Music Group, will offer an illuminating new perspective on a previously underexamined chapter of Parker’s life with a new collection titled Bird In LA, featuring unreleased songs recorded during Bird’s storied visits to Los Angeles in the mid ‘40s through the early ‘50s.

“Few artists have made such an impact on the music of an era as Charlie Parker did in shaping the sounds of the 20th century. We are honored to be entrusted with his legacy as we continue to offer fans quality reissues of his remarkable work and explore new platforms for new fans to discover and appreciate his artistry,” said Bruce Resnikoff, President & CEO, UMe.

“Charlie Parker is one of the enduring icons of Verve Records. He is a peerless artist and his legacy is far-reaching. We are proud to celebrate his centennial with many different initiatives – from a graphic novel and incredible reissues, to new videos and live events – so that everyone can be reminded of the greatness of Bird,” said Jamie Krents, EVP of Verve/Impulse!

In conjunction with Bird In LA, Z2 Comics (Gorillaz, Grateful Dead, The Doors) will release the graphic novel, “Chasin’ The Bird: Charlie Parker In California,” which chronicles the story of Bird’s time in Los Angeles starting in December 1945, where Bird and Dizzy Gillespie brought frenetic sounds of bebop from the East Coast jazz underground to the West Coast for a two-month residency at Billy Berg’s Hollywood jazz club. This marked the beginning of a tumultuous two year-stint for Bird, bumming around LA, showing up at jam sessions, crashing on people’s couches, causing havoc in public places, and recording some of his most groundbreaking tracks such as, “A Night in Tunisia” and “Ornithology,” as well as “Relaxin’ At Camarillo,” inspired by the end of his time in SoCal at the Camarillo State Mental Hospital. The novel explores Bird’s relationship with the characters and events he encountered during his time in L.A., including recording some of his signature songs with Dial Records founder Ross Russell, a brief but influential stay at the home of famed jazz photographer William Claxton, a party for the ages at the ranch home of artist Jirayr Zorthian, and others who found themselves in the orbit of the jazz genius. Beautifully told by Dave Chisholm, colored by DreamWorks Animation Director Peter Markowski and featuring a foreword by Hall of Fame basketball legend and cultural icon, Kareem Abdul-Jabbar, “Chasin’ the Bird,” named for Parker’s 1947 standard, adapts one of the sunnier, albeit darker chapters in the life of Bird. The graphic novel is available for pre-order now directly through the Z2 webstore, as either a standard or a deluxe edition, with two tracks to be announced on a Flexidisc in the standard version and an accompanying 45” LP for the deluxe version when purchased exclusively via the store. Early reviews have been nothing short of glowing with Comic Bookcase hailing it as “One of the best graphic novels of the year.”

Bird In LA and “Chasin’ The Bird” will be the subject of a virtual panel hosted by the GRAMMY Museum® in Los Angeles in October. More details will be forthcoming.

Parker’s music will also enter the visual realm via a new video for his much beloved rendition of the Gershwins’ “Summertime” launching this month.

The August birthday festivities will kick off this Friday, August 7 with the vinyl reissue of The Magnificent Charlie Parker on black vinyl via Verve/UMe, following the limited release on yellow vinyl for Record Store Day Black Friday in November 2019 which launched Bird 100 last year. The sumptuous LP, Bird’s first on 12-inch, brings together all of Parker’s 78 RPM singles for Clef Records, recorded in January and August 1951 and featuring a veritable line-up of jazz greats including Miles Davis, Charles Mingus, Gil Evans, Max Roach, Roy Haynes, and Kenny Clarke.

The first installment of this year’s “socially distanced” three-day Record Store Day extravaganza falls on Parker’s 100th birthday, August 29, and Bird aficionados will receive the gift of a reissue of Jazz at Midnite on midnight blue vinyl. The Blue Note release documents stunning performances recorded live in 1952 and 1953 at the Howard Theatre in Washington, D.C. featuring stellar band members Max Roach, Charlie Byrd, Zoot Sims and more. Previously part of the CD collection, The Washington Concerts, these performances will be available on vinyl for the first time.

Later in the year, Verve/UMe will release a vinyl box set of Parker’s complete Mercury and Clef 10” albums featuring David Stone Martin’s iconic illustrated covers. Charlie Parker: The Mercury & Clef 10-Inch LP Collection will include five extraordinary albums Parker recorded for Norman Granz’s pre-Verve imprints: Bird and Diz, Charlie Parker, Charlie Parker Plays South Of The Border, Charlie Parker With Strings and Charlie Parker With Strings (Vol. 2). The LPs will feature newly remastered audio from the original analog tapes and will include faithful reproductions of the classic artwork and packaging for the first time in more than six decades. The albums will be pressed on black 10” vinyl and will be housed in a custom slipcase with a beautiful booklet that includes rare photos, detailed session information, and essays by pianist Ethan Iverson and author David Ritz. Representing Bird’s fruitful late ’40s to mid-’50s period, the albums have never been released together, and all but Bird and Diz have been out of print on vinyl since their original releases.

For musicians wishing to investigate Parker’s music firsthand, Hal Leonard celebrates the 100th anniversary of Bird with the deluxe hardcover Charlie Parker: The Complete Scores book featuring note-for-note transcriptions of 40 classic performances for saxophones, trumpet, piano, bass, and drums. . The book comes packaged in a protective slip case making it an ideal keepsake for musicians as well as all Bird fans, featuring forty transcriptions from Parker’s exemplary studio recordings of tracks including “Anthropology,” “Billie’s Bounce (Bill’s Bounce),” “Blues for Alice,” “Ornithology,” and more. The book will be released on September 21 and is available now for pre-order via https://www.halleonard.com/product/304599/charlie-parker–the-complete-scores?subsiteid=5

Many of the events planned to celebrate Parker have taken new forms. Capital One City Parks Foundation SummerStage’s annual Charlie Parker Jazz Festival in NYC has shifted to a digital content series. Most recently this past weekend, drummer and historian Jerome Jennings hosted a Q&A session with the Executive Artistic Director of SummerStage and Charlie Parker Jazz Festival, Erika Elliott and co-founder of the Charlie Parker Jazz Festival Sam Turvey, where they discussed the history and relevance of the beloved festival in the New York culture scene as well as the legacy of Bird in his centennial year. The conversation can be viewed on the SummerStage YouTube channel along with programming from last month which includes a “Culture Talk” with Sheila Jordan and Christian McBride and a Q&A with jazz historian Ashley Khan and multi-instrumentalist and composer Miguel Atwood-Ferguson (view here) which proceeded a screening of his acclaimed 2012 Charlie Parker with Strings performance available to watch in full here.

The annual Charlie Parker Event in Kansas City, Mo., which began in 2014, will also look a bit different this year and will include a mix of in-person and virtual events. Spotlight 2020: Charlie Parker, a citywide celebration of his life and music will take place through the month of August 2020 online and at various venues around Kansas City. KC Jazz ALIVE, University of Missouri-Kansas City, the American Jazz Museum, KC Bier Co, Kansas City Museum, Bruce R. Watkins Cultural Heritage Center and numerous other cultural and civic organizations have partnered to host jam sessions, tours, lectures, exhibits, panel discussions, poetry readings, workshops and concerts celebrating Charlie Parker—Kansas City’s native son. Visit https://spotlightcharlieparker.org/event-schedule/ for a full list of programming and events. In-person events will follow Kansas City, MO & CDC guidelines. Masks are required where six feet social distancing is not an option.