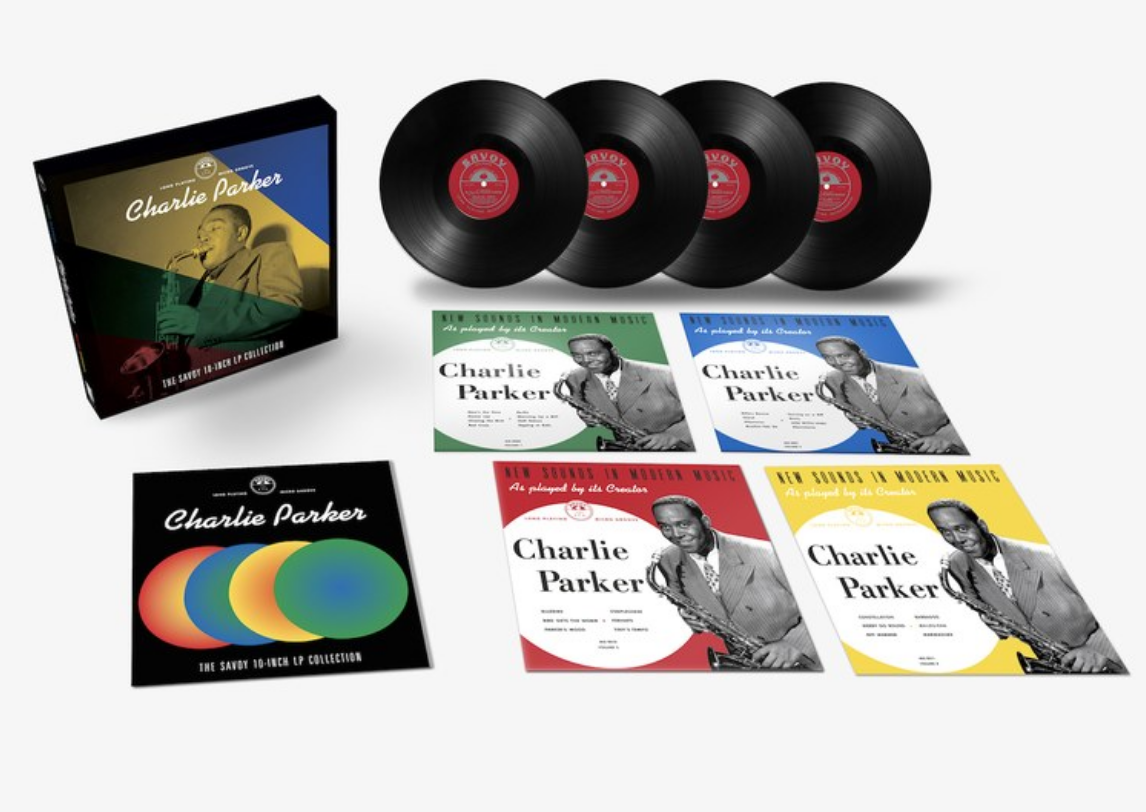 In 1952, bluesman Bull Moose Jackson recorded a suggestive song called “Big Ten Inch Record,” which became a hit on so-called race radio stations of the day that catered to black audiences throughout the South and elsewhere. The double-entendre song ostensibly referred to the popular vinyl medium of the time. Ten inch 33 1/3 rpm vinyl records had supplanted the older 78 rpm discs and could offer more playing time and better recorded sound.

Between 1950-1952, Savoy Records released four pioneering 10” LP’s by saxophonist Charlie “Bird” Parker called New Sounds in Modern Music, Volumes 1-4. New sounds is right. With his development of bebop, Parker had conceived a whole new style of music, a system of composition and improvisation that became the bible of modern jazz. Parker, along with Thelonious Monk, Dizzy Gillespie, Miles Davis, and other intrepid musicians in New York City in the 1940’s, had given birth to a new song form.

For modern jazz, bebop was a revolutionary phenomenon similar to what Bach devised during the 18th century with the circle of fifths. However, it was not universally embraced. Listeners who enjoyed the earlier swing era big bands, vocalists, and dance music found the music shrill and frenetic. But by the time of Parker’s early death at 34 in 1955, tastes had evolved and labels like Prestige and Blue Note were issuing albums championing the new style and the artists who played it. Craft’s latest set continues their tradition of methodic, meticulous production and presentation.  It features newly-restored and remastered audio, with LPs covered in colorful jackets depicting the original artwork and vintage photos. I simply love the look and presentation of this set. (How cool is it to have a box of 10” classics? How many people today even know about 10” records?!) The accompanying illustrated booklet features liner notes by Grammy-award-winning music journalist Neil Tesser. In a 1947 photo in the booklet, a 21-year-old Miles Davis smiles brightly at his idol, Charlie Parker.